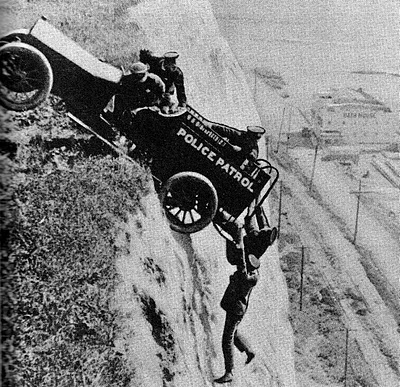 I’ve been good. I’ve been working and writing, but what with Google and Facebook deciding they wouldn’t recognise my connection while I was in the UK, bereavement and major illness in the family, suddenly having to find a new home (Don’t ask) and not one but two courses; one with Simon Fraser University, the other with Coursera to regain my Technical Writer status, it’s all gone a bit sideways.

This isn’t to say that life hasn’t had its up moments, Angie has passed her final course with an A, but at present I feel like the guy in a Mack Sennett silent comedy who’s just been hit by contra-rotating ladders. Ergo, there’s a large element of slapstick in my life right now. All my self imposed deadlines have whooshed over me like a Scramjet on full burn. Everything is doing pratfalls with me as the fall guy.

Google and Facebook are now back up until the next time I walk down the street. There’s ten messages I haven’t had a chance to look at, and since I made my Skype details searchable two days ago I’ve had some rather rum coves asking to be added to my contacts. Which I haven’t. I just don’t have time to verify their details, so I hope no-one takes it amiss if I don’t want to talk right this minute.

As I say, my life has gone a little sideways of late and normal service will be resumed in due course. Just as soon as I whip everything back into jumping the hoops in some form of order. This may take a little time.