Harper Vector are opening their books to new authors without agents for two weeks from the 1st to the 14th of October 2012. They are looking for new science fiction and fantasy authors for an assault on the eBook marketplace. I have a novel I’d like to submit, but the problem is it’s all notes and fragments, and there’s two weeks to go before the submission floodgates open.

No agent has seen fit to respond to my many missives about other work over the years, and I’m pretty sure my work has gone unread and straight into the shredder. No agent, and no publisher will even look at your work. Not even into their slush piles. However, there is a window of opportunity here, and I’m going for it. At a target of four thousand words a day starting yesterday.

Word count for the first novel in the Cerberus series started at 20338 16th September. Current word count 25982 Tuesday 18th September 08:40am Pacific Standard Time. 1500 pretty good words since 6:10am this morning. Another thousand before 10am when I go off to the day job, and another 1500 after I get home around 6pm. Add in cooking breakfasts, making tea and suppers for both Angie and I, cleaning kitchen, brushing dog, and acting as Angie’s home tech support, plus watching a movie with her, and I have a full day. Tonight’s movie fare will be the Bourne Supremacy.

I have to keep up this work rate for fourteen whole days. I’m currently out of my office and working in the kitchen almost full time. Which seems to work. Back in 1987 I put together a 40,000 word novella, ‘Machine’ from scratch in thirty days using an old Imperial Safari. So work rate isn’t a problem. Hodder and Stoughton did ask me about writing a series back then, but I felt the character of the ‘Machine’ didn’t have enough in him to justify extending the franchise. I still have the old MSS, and revisit it from time to time. Just to see if I can pick holes in it. Oddly enough, that was written in a kitchen too.

Right. 9am. Break over. Back to work.

The hardest part of bringing characters to light and bolting them into a riveting story is the opening and closing sequences. Those I have. The rest of the story is mostly a detective whodunnit with some serious sci-fi roots. I’ve also managed to get a handle on who Paul Calvin is. A psychic cop with a conscience in a crumbling society, but that is all I’m giving away on this blog.

One thought on “The four thousand word a day challenge: day one” 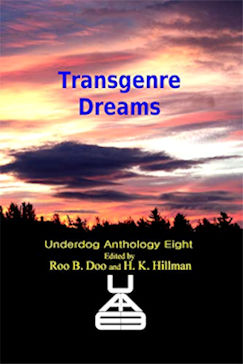